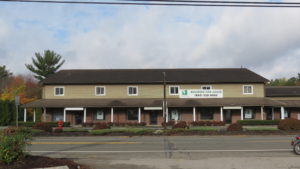 New England Retail Properties, Inc. has announced the sale of a 12,300 square foot multi-tenanted building located on Route 1 in Ipswich, Massachusetts. The building was situated on a portion of a 22 acre site previously operated as a mini-golf and driving range and initially acquired by an affiliate of New England Retail Properties in April, 2014 to be developed for Tractor Supply Company. Subsequent to the purchase of the property, a lease for the entire building was signed with Galleria Stone & Tile which contained provisions allowing them to purchase the property upon certain conditions being met. Galleria Stone & Tile, which has several locations throughout New England elected to exercise their right to acquire the property in December, 2016 for $950,000.

New England Retail Properties, Inc. was the sole real estate broker involved in this transaction. New England Retail Properties, Inc., located in Wethersfield, Connecticut is a commercial retail development and brokerage firm founded in 1987. They have exclusively represented and developed over 4 million square feet of retail space, working along side a number of national retail tenants in all major markets of New England and parts of New York. The firm specializes in Retail Shopping Center leasing, investment sales, tenant representation and development. As a member of Site Source, a national brokers network, NERP has affiliated companies throughout the country with coast to coast coverage to provide the highest level of client service in a consistent and professional manner.

For more information on this and other properties represented by New England Retail Properties, Inc., visit our website at www.newenglandretail.com or call (860) 529-9000.