New England Retail Properties, Inc. has promoted Matt Halprin to president and chief operating officer, effective immediately. The promotion follows the departure of outgoing co-founder and president, Mark D’Addabbo, who stepped down effective April 1st. Halprin will retain 100% ownership of the company he co-founded in 1987.

Over the past 34 years Halprin has leased millions of s/f of retail space and sold an excess of $250 million of investment properties in all major markets throughout New England and New York. Halprin has also helped to establish New England Retail Properties as an industry leader specializing in retail shopping center leasing, investment sales and tenant representation.

Halprin is a 32 year member of the International Council of Shopping Centers (ICSC) and has served on various ICSC committees throughout his career. As a member [...]

Sen. Saud Anwar, D-South Windsor, touted the jobs brought to town during construction and in the new, approximately 163,000-square-foot store. “Costco is already widely known for its policies of strong salaries for workers, with its starting pay at many stores at $16, well above the minimum wage,” Anwar said.

The planning and zoning commission approved the application, including a gasoline station, in November. Alan Lamson, an architect representing Costco, said electrical vehicle charging stations were considered, but owners decided not to install the wiring because customers would not be parked on site long enough to [...] 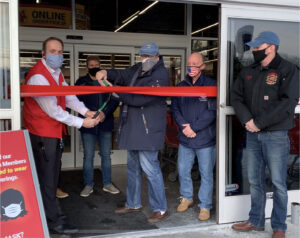 Wappingers Falls, NY Tractor Supply Co. celebrated the official grand opening of a new store on February 20th. The ceremony began with a ribbon cutting led by store manager, Mike Jensen. There was a vintage 1950’s Ferguson tractor for photo-ops and Country 107.3 WRWD DJ’d the festivities. Discounts and specials were also featured during the event.

Mark D’Addabbo and Matthew Darling spearheaded the development from its inception, taking the property through the zoning process and construction phases to store completion.  The store consists of 19,097 s/f of retail space along with [...] 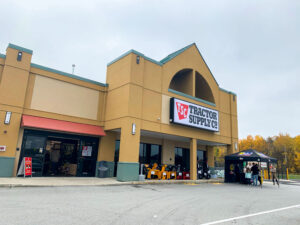 Tractor Supply Company is excited to bring a new store to serve and meet the needs of the Gilford community.

The rural lifestyle retailer is committed to providing essential, everyday products that customers need like animal feed, pet food and supplies, propane, fencing, garden supplies, home supplies and more. The Tractor Supply team members are equipped with knowledge to help customers find the right products for their specific needs. Additionally, customers can use the Buy Online, Pickup In Store option to purchase products online and pick up their items in as little as one hour in the store or through contactless curbside pickup.

“At Tractor Supply, we understand the value of providing essential needs like pet food, animal feed and home supplies to our customers in the Gilford community,” said [...] 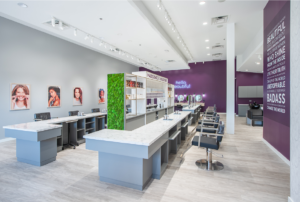 Kerry Wood of New England Retail Properties, Inc., brokers lease of Madison Reed Color Bar in Downtown Westport, Connecticut. The Color Bar is to be located at 33 Elm Street and will operate in 1,450 square feet. The Westport, CT Madison Reed Color Bar will be the first brick-and-mortar location in Connecticut. Kerry Wood secured the lease on behalf of the tenant and Sharon Maddern from David Adam Real Estate represented the landlord.

Madison Reed offers a monthly membership plan at its brick-and-mortar locations, where customers receive unlimited root touch up services for $60 a month in addition to a free blowout twice a year, free gloss service three times a year and a 20% discount on other services. The Madison Reed Color Bar offers a free personalized color consultation. Clients can [...]