Tractor Supply Company celebrated the Official Grand Opening of their new store in Stafford, CT on January 18th, 2020. The Grand Opening ceremony included appearances from radio personality Damon Scott of Country 92.5, Maggie the Mini Pony and complimentary popcorn from Pop Mama. The festivities were followed by a ribbon cutting ceremony where General Manager, Shawn Mailhoit, cut the ribbon symbolizing the official grand opening. District Manager Rich Warren was also in attendance. Prizes and discounts were also given out during the event. 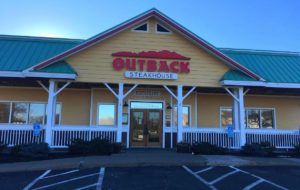 MANCHESTER — The Outback Steakhouse on Hale Road is set to close by the end of the month, a spokeswoman for the restaurant chain’s parent company confirmed Thursday.

Elizabeth Watts, director of communications for Bloomin’ Brands Inc., said the steakhouse’s last day of business will be Jan. 26. Most employees will transfer to a nearby restaurant, Watts said, and those who do not will receive a severance package.

“Closing a restaurant is never easy,” she said in a statement. “This decision was made based solely on business circumstances and has no reflection on the employees or management team. We truly appreciate the community’s support the past 25 years.” 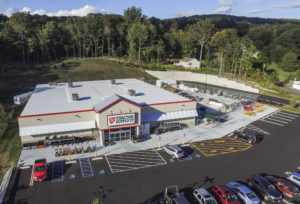 The property consists of a 19,097 square-foot building along with a 15,000 square-foot outdoor sales area on 4.16 acres. The Naugatuck store opened with a “warm welcome” from the local community in 2017, officials said. The seller was Naugy Doggy Development LLC., a subsidiary of New England Retail Properties, Inc., the purchaser was a Minnesota based REIT. The business will remain in Naugatuck. 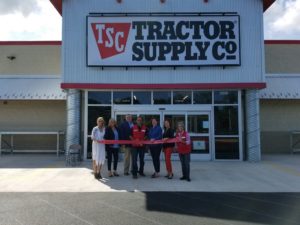 The first TSC on Long Island opened in Medford last year, said New England Retail Properties, the company that brought both locations to the area.

Located at 4331 Middle Country Road, or Route 25, in Calverton, TSC officially opened its doors to the public on Oct. 4. The grand opening featured farm animals from a local co-op including goats and llamas. Local Long Island radio station “My Country” 96.1 was also in attendance with games and prizes.